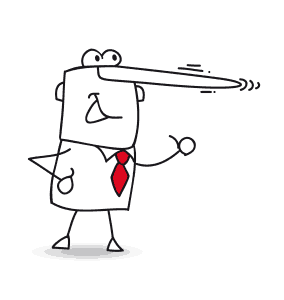 Myth 1: You Should Invest in Gold to Build your Wealth.

Some financial experts tout the benefits of gold in building your wealth. The reality, however, is that investing in gold is not the best financial avenue to grow your wealth. Gold’s ability lies in its store of value. It acts as a great financial instrument to protect your long-terms savings against the dual effects of inflation and loss of currency value in the exchange market. But, it is inferior to other investment instruments in topping up your wealth.

In fact, gold is not an investment instrument at all. If your goal is to double up your savings, you should better look at traditional financial instruments to achieve build on your wealth. That being said, if you want to hedge your long-term savings, no other financial instrument can even come close to matching the shiny yellow metal’s financial prowess.

Another great myth about money is that investing in stocks is the key to maximizing your earnings. The fact is that stock market is one of the most risky investment avenue. Busting of HIH Insurance, Australia’s second largest insurance company, during the start of the millennium serves as a notice that even big firms can go down. And when they sink they take large amount of investors money with them.

Myth 3: You Should Not Shy Away From Taking On More Debt With The Intent To Pay Later When You Are Earning More.

Another great myth about money that is prevalent especially among the youths of today relates to debt. The general thinking is that there is no problem in taking on additional debts. The debts would be eventually paid off when the earning rise.

However, the reality is that the debts have the bad habit of hanging around even when the income rises. The interest element of the debts multiplies with each passing month. And when the earning increases, you may find that you have been fallen so deep in the debt trap that coming out of it unscratched become a difficult prospect.

Myth 4: Time Is On My Side. I Will Save For Retirement Later On. 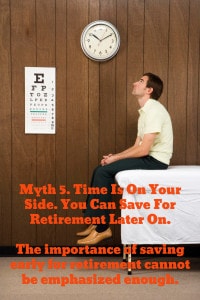