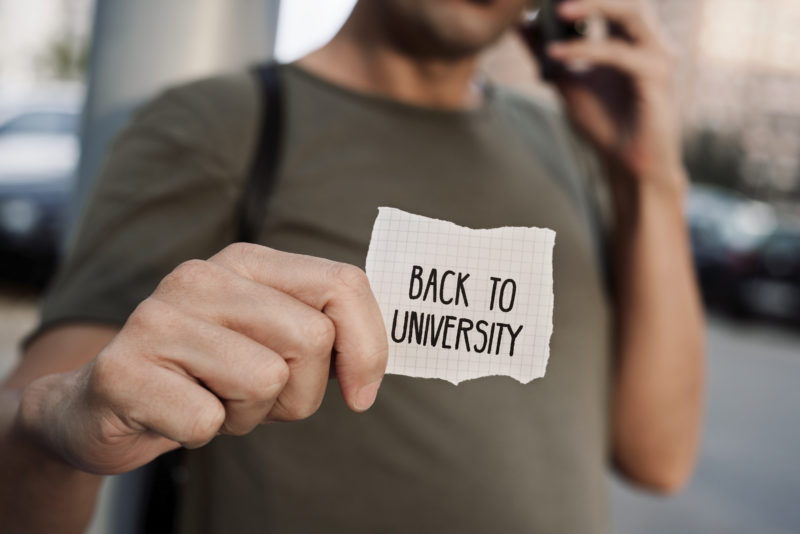 Postgraduate education: Is it worth it?

So you’ve finished your degree – now what? With more Australians taking time to study for longer,find out if the benefits to your career and earning potential could be enough to make it worth investing in a postgraduate qualification.

Starting your working life with a sizeable HECs debt might not be the best thing about studying for a qualification in Australia, but it’s definitely not deterring young people from continuing with their studies after high school. Figures published by the Australian Bureau of Statistics in 2016 showed that nearly two thirds of Australians have completed a university degree or apprenticeship[1]. And what this is leading to is a rise in educational standards demanded by employersin many industries.

So perhaps it’s not surprising to learn that in 2017 more than 20% of graduates went on to do additional full-time study or research instead of entering the job market straight away[2]. And given the growth in overall postgraduate enrolments in recent years, it seems postgraduate study is also a priority for mid-career professionals too. In the five years to 2017, there has been a 46% rise in the number of people with postgraduate degrees and a 123% increase since 2006[3].

So what can postgraduate students hope to gain from continuing with their studies at uni? In terms of earning potential, wage growth for workers with postgraduate qualifications definitely puts them ahead of the pack. In the four years to 2018, wage growth in Australia has been flat, even though unemployment figures have been reasonably stable. The Wages Price Index (WPI) for the year to April 2018, for example, rose by just 2.1%[4]. Compare this with wage growth figures for postgraduate qualified workers collected in the 2017 Graduate Outcomes Survey and the picture looks much rosier. Full-time salaries for postgraduate coursework degree holders rose by 12.5% over the three years to 2017[5], an average of just under 4.2% per year.

You might think this compares pretty favourably with the rest of the working population. But looking at how salaries have grown for postgraduate research degree holders in the same period, our coursework graduates might feel quite hard done by. For workers with a PhD or Masters by research, the median increase in salary over the three years was a whopping 24.8%[6].

The value of research skills

If these figures are anything to go by, not all postgraduate students can expect the same return on investment from their extra study. In a job market where creativity, critical thinking and problem-solving are highly valued, it seems a research degree may be giving postgraduate qualified candidates the edge for employability and earnings. A recent research project from the Australian National University (ANU) and CSIRO has backed this up by showing just how many employers are on the lookout for strong research skills. The project team created a search engine to analyse content from thousands of ads supplied by job search company SEEK. The engine found that over half the jobs advertised required research skills, even though many did not expect candidates to have a PhD.

“The PhD was originally designed to train the next generation of academics, but most graduates today find jobs outside of academia,” said Dr. Will Grant, one of the lead researchers on the project. “The machine found a large hidden job market in Australia for people with PhDs, with half of the job ads scanned specifying the need for a high level of education, including research skills[7].”

Making sure it all adds up

Your future earning potential is just one part of the equation when it comes to deciding whether to invest your time and money in further qualifications. Making sure you can cover living expenses while you study is important, as financial stress can become a major distraction. Taking some time to plan how you’ll finance your next career move, whether it’s studying or starting a new business, can help you enjoy the transition and have more confidence in your future.

Thinking about getting your next qualification? Discover why investing in yourself is important and how you can go about it.

[1]ABC News, Why top companies are ditching degree requirements for some jobs, Joshua Krook, 18 April 2017, “At the end of 2016, the Australian Bureau of Statistics (ABS) revealed close to two-thirds of all Australians had completed a degree or apprenticeship.”http://www.abc.net.au/news/2017-04-18/why-top-companies-are-ditching-degree-requirements-for-some-jobs/8449236

[2]Council of Australian Postgraduate Associations, Media Release: Postgraduates get a raw deal despite top graduate outcomes, 12 January 2018, “The Graduate Outcomes Survey also established that 21% of those with undergraduate qualifications opted to go on to full-time postgraduate study immediately after graduation.”http://www.capa.edu.au/media-release-postgraduates-get-raw-deal-despite-top-graduate-outcomes/

[3]The Australian, Battle for jobs triggers postgraduate surge, 23 October 2017, Tessa Akerman, “Competition in the job market has pushed Australians into further education like never before, with a 46 per cent jump in the number of people with postgraduate degrees over the past five years and a 123 per cent increase since 2006.”https://www.theaustralian.com.au/higher-education/battle-for-jobs-triggers-postgraduate-surge/news-story/edfa72a58f9fc9283482e7e1fc687be8

Online source: Produced by The Financial Financial Planning Association of Australia and published on 30 May 2018.  Original article.