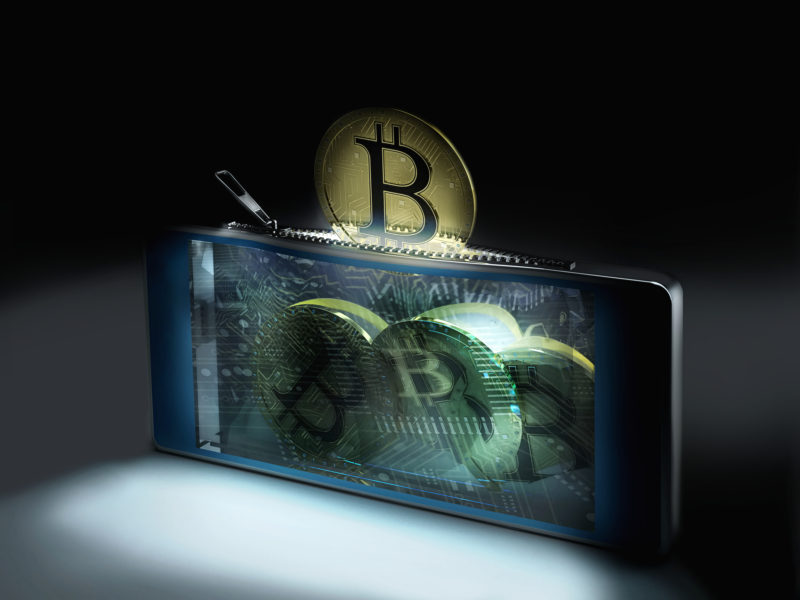 5 things you should know about Bitcoin

If you have the technology needed to read this article, you’ve probably heard a lot about Bitcoin. Perhaps you think you’ve missed out on an easy way to build your wealth. We bring you a quick introduction to Bitcoin and share five important things you should know before deciding whether to invest.

Although the media has been having a Bitcoin frenzy in recent months, the first and best-known cryptocurrency has actually been around for about a decade1. If you’re finding it hard to understand what it’s all about, you’re not alone. It takes knowledge of three fairly complex topics – cryptography, economics and computer science – to get your head around it all.

Here’s a quick rundown on what Bitcoin is and why we’re hearing so much about it. And we share five things you should know about virtual currencies like Bitcoin to help you make up your mind about investing in, or ignoring, this hot topic in the world of finance.

Bitcoins are a type of cryptocurrency and the first one to be developed back in 2008. Instead of being backed by governments as other currencies are – US dollars, yen, euros etc. – cryptocurrencies are controlled and monitored by a highly complex cryptography protocol and database called the blockchain. The “blocks” in the blockchain are encrypted records for each bitcoin transaction. So when bitcoins transfer from one owner to another, this information is added onto the blockchain, along with a time stamp for when the transaction happened. Each time the blockchain is updated, the transaction is confirmed and reconciled by referencing blockchain records held by other current bitcoin owners.

Bitcoins were developed to be a true peer-to-peer currency. When it comes to fiat currencies – which is what pounds, dollars and rupees are known as – institutions like banks are the central point of information and clearing house for financial transactions. Peer-to-peer systems like Paypal still rely on credit cards to work. Because the blockchain can be accessed and modified by anyone who has the cryptographic “key” (or cryptokey) to a part of the blockchain, they can transfer ownership of their bitcoins without going through a third-party.

That’s the theory. But by and large, Bitcoin buyers who know little about coding will rely on one of a growing number of exchanges to trade conventional currency for bitcoins – or other types of cryptocurrency, known as “altcoins”. You keep your virtual currency in a digital wallet – which you access with your own cryptokey – and use them to pay for goods or services if a provider is prepared to accept them.

5 things you should know about Bitcoin and virtual currencies

Although Bitcoins and virtual currencies are a form of money, they also behave a lot like equities. Their price at any given time depends on expectations of whether their future price will be higher or lower than it is now2. However, unlike stocks and shares and many other types of assets – like commodities – they have no intrinsic value. A bitcoin is basically a piece of code and it depends solely on market sentiments for its price and perceived value.

Virtual currency only offers one way to grow your wealth – with active, speculative trading. In other words, you need to be buying low and selling high. Whether you’re buying into equities or bitcoins, active trading relies to a very large degree on luck to help you get rich, which is effectively gambling with your money. With a diversified long-term approach to investing, on the other hand, your wealth can grow through year-on-year investment returns as well as the overall growth in value of your portfolio.

Bitcoin was the original virtual currency, but it’s not the only one. There are new currencies coming on the market all the time through Initial Coin Offerings (ICOs). This term might sound very similar to an IPO or Initial Public Offering. With an IPO, a company offers the public the chance to buy shares that will be listed and traded on an exchange like the ASX in Australia or S&P500 in the US.

While they might sound the same, there’s a world of difference between an ICO and an IPO. Shares issued through an IPO and the exchanges where they’re traded are subject to lots of checks and balances from regulators. These regulations ensure the original price of the shares and the number issued, relates to the agreed value of the company, it’s assets and activities.

With an ICO, the coins being issued have no inherent value. And for this reason, ICOs are being hailed by many as Ponzi or pyramid schemes. In other words, the only way an ICO can create value for it’s investors is by selling to more investors. Call it a financial house-of-cards or an out-and-out scam, the risks that come with buying into any ICO are very high.

ICOs are just one example of the lack of regulation in the virtual currency world3. Bitcoin exchanges, owners and miners aren’t subject to any rules other than the protocols for trading the currency. So if you invest in virtual currency and lose everything, there’s no recourse to a higher authority. Other types of investment assets and exchanges are expected to operate according to rules and regulations, usually handed down by a government or their agency. This provides your investments some protection from fraud and theft.

If you’re buying and selling Bitcoins, you should also bear in mind that the tax treatment of virtual currency is still under review by the ATO. Because transactions are encrypted, unregulated and impossible to trace, it could be tempting to keep your Bitcoin riches hidden. But while they may be playing catch-up on how to handle virtual currency in Australia, the ATO has advised virtual currency owners to keep good records of their transactions, losses and earnings.

So far the Bitcoin blockchain has proved bulletproof – it has never been hacked. But security for exchanges trading Bitcoins and virtual currency is inconsistent and several have been hacked4. If you choose to buy bitcoins it might be safer to store them in your own digital wallet rather than keeping them in an “account” with a virtual currency exchange.

Bitcoins have an appeal for people who feel the traditional financial system is somehow rigged against them. They deposit their money in banks and get paid very little in interest compared with potential returns to be made from investing the bank’s cash reserves. But something that might deter you from buying into Bitcoin as a pure and democratic alternative is just how popular the currency is thought to be for money laundering and other serious criminal acts.

This is why the Australian Criminal Intelligence Committee (ACIC) is strongly in favour of introducing regulations for virtual currencies. In their report released in August 2017, the ACIC confirmed that “Virtual currencies, such as Bitcoin, are increasingly being used by serious and organised crime groups5.”

Looking for safer ways to grow your wealth for a secure financial future? Get expert advice on investment options you might want to look into instead of Bitcoin.

[1] Federal Reserve Bank of St Louis Review, First Quarter 2018, A Short Introduction to the World of Cryptocurrencies, Aleksander Berentsen and Fabian Schar, “Bitcoin originated with the the white paper that was published in 2008 under the pseudonym “Satoshi Nakamoto.””

[2] Federal Reserve Bank of St Louis Review, First Quarter 2018, A Short Introduction to the World of Cryptocurrencies, Aleksander Berentsen and Fabian Schar, “Bitcoin units have no intrinsic value. Because of this, the present price of the currency is determined solely by expectations about its future price.”

[3] MoneySmart, Virtual Currencies, “The exchange platforms on which you buy and sell virtual currencies are generally not regulated, which means that if the platform fails or is hacked, you are not protected and have no statutory recourse.”https://www.moneysmart.gov.au/investing/investment-warnings/virtual-currencies

“Bitcoin has never been hacked. However, online exchanges where you can buy cryptocurrencies have been hacked and plundered.” http://www.abc.net.au/news/2013-12-02/bitcoins-the-digital-currency-explained/5119034

[5] ABC News, Bitcoin one step closer to being regulated in Australia under new anti-money laundering laws, David Chau, 24 October 2017, “”Virtual currencies, such as Bitcoin, are increasingly being used by serious and organised crime groups,” ACIC said in its report on Australian organised crime, released in August.” http://www.abc.net.au/news/2017-10-23/bitcoin-one-step-closer-to-being-regulated-in-australia/9058582

Online source: Produced by The Financial Financial Planning Association of Australia and published on 10 May 2018.  Original article.