Share markets mostly pushed higher over the last week helped by good US earnings news and a US/European trade agreement. This saw solid gains in US and European shares which helped the Australian share market. Chinese shares also benefitted from more stimulus talk. But Japanese shares fell slightly on talk of the Bank of Japan reviewing its monetary stimulus. Bank of Japan speculation (which I suspect is overdone) along with the “risk on” tone generally also helped push up bond yields. While oil prices fell slightly, metal and iron ore prices rose but a rise in the $US and slightly softer inflation data saw the $A fall.

At last some good news on trade with the US and the European Union agreeing to work towards resolving their differences on trade and hopefully head off a trade war between them. At this stage its only a deal to start negotiating, the negotiations will have a long way to go and don’t forget that China and the US had a “trade war on hold” deal back in May that got trashed a week later. So it’s too early to break out the champagne. However, it shows that Trump is not anti-trade perse and does actually want zero trade barriers, it’s a big move in the right direction and it will probably be easier for the US and the EU to work through their differences as they start with similar average effective tariff rates and US gripes with Europe don’t run so deep. Having started down this path there is a reasonably good chance of success leading to the removal of the auto tariff threat and the reversal of the steel, aluminium tariffs. No US/EU trade war would significantly reduce the trade threat to global growth. After “wins” in relation to North Korea and Europe, Trump will no doubt see vindication of his“maximum pressure” negotiating stance – which will embolden him to continue with his tough trade stance on China.

Speaking of which, there is still no sign of negotiations with China on trade and China’s decision not to approve US chipmaker Qualcomm’s bid for its rival NXP signals that China is digging in further. To counter the trade threat, China’s shift to policy stimulus is continuing with a shift to “more proactive” fiscal policy with a focus on tax cuts, and infrastructure investment. Don’t expect a mega stimulus like seen in the past (there is no need) but combined with monetary stimulus the authorities are determined to support Chinese growth. This is a positive for Chinese shares after their 24% fall and a forward PE of just 10.7 times.

Middle East tensions hotting up again – upside risk to petrol prices. President Trump’s tweet threatening Iran that it “will suffer consequences the likes of which few throughout history have ever seen before” if it threatens the US again highlights that tensions between the US and Iran are hotting up again. Attacks on Saudi tankers by Yemeni militia are arguably reflective of this. Of course, it’s worth recalling that Trump also threatened North Korea with “fire and fury” and that much of this is bluster aimed at applying “maximum pressure” to get what he wants. It may be a bit harder with Iran though, so the risk of tensions in with Iran – eg threats to close the Strait of Hormuz –at a time of constrained global oil supply pose upside risks to oil prices. This will be good for energy stocks, but not so good for Australian motorists given the risk of another up leg in petrol prices beyond their recent high averaging around $1.53.

Another round of US tax reform on the way, but don’t get too excited. The US House of Reps looks like having a vote on more tax reform, the main item of which will likely be to make permanent the personal tax cuts beyond their 2025 expiry. It has little chance of passing into law before the mid-terms but is an election sweetener for the Republicans. 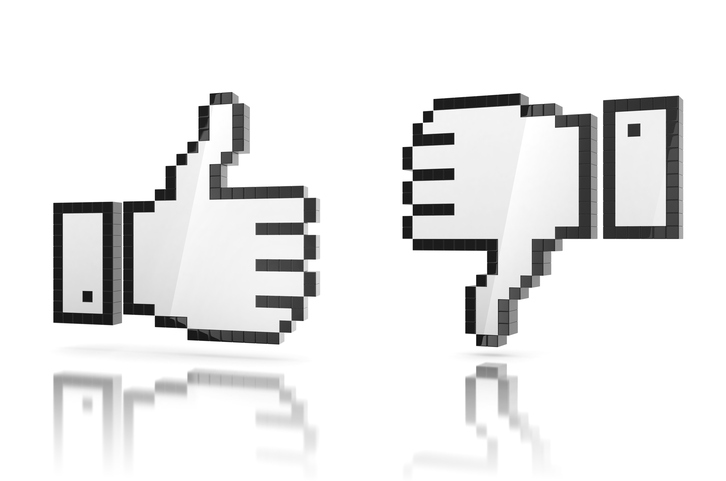 If you want to see an example of the downside of momentum investing which can get amplified in passive funds, just look at Facebook. While tech stocks are nowhere near the bubble they were in 2000 (their PE is around 27x versus around 100x at the tech boom peak) they have been huge beneficiaries of the easy money environment of recent years meaning a passive investor will have seen a steady increase in exposure to them which is all good when momentum is your friend but when it turns it can turn quickly as Facebook did falling more than 20% in a flash on Thursday.

Despite disappointing revenue results at Facebook, US June quarter earnings reports remain very strong. Of the 244 S&P 500 results so far 88% have beaten on earnings with an average beat of 6.5% and 73% have beaten on sales. Earnings look to be up around 25% year on year.

As expected the ECB made no changes in monetary policy and anticipates keeping rates unchanged at least until September 2019. We don’t see an ECB rate hike until 2020. Meanwhile, Eurozone business conditions gave up some of their June bounce, but they remain strong.

In contrast to the US and Europe, Japan’s manufacturing conditions PMI in July fell to its lowest since November 2016. Its still consistent with modest growth but suggests a greater sensitivity to trade fears than in the US and Europe.

Australian inflation remains subdued, no early rate hike in sight. June quarter inflation data confirmed yet again that price growth is only running around the low end of the RBA’s 2-3% target band. Core (ex food and energy) inflation is just 1.6%. And were it not for more rapid price rises for government administered or affected items like tobacco, health, utilities and education along with petrol, inflation would be running closer to 1%. There are no signs of any significant near term rise in underlying inflation pressures, particularly with subdued wages growth, competition and technological innovation remaining intense and producer price inflation running at just 1.5%. The risk is that the longer inflation stays at or below the low end of the target range the harder it will be to get it up as low inflation expectations are becoming entrenched. As such, we remain of the view that the RBA won’t raise interest rates until 2020 at the earliest and the next move being a rate cut cannot be ruled out.

Meanwhile falling skilled job vacancies add to signs from other jobs leading indicators that employment growth may slow a bit.

In the US, the Fed and jobs data will be the key focus. The Fed (Wednesday) is expected to leave interest rates on hold but confirm that it remains on track for another hike in September consistent with ongoing strength in the US economy and inflation being around target. July jobs data (Friday) is likely to show another solid gain in payrolls of around 190,000, unemployment falling back to 3.9% and wages growth remaining around 2.7% yoy. Meanwhile, June core private final consumption inflation is expected to stay around the Fed’s 2% yoy target, June quarter growth in employment costs is likely to be around 2.8% yoy and consumer confidence is likely to have remained solid (all due Tuesday), the ISM manufacturing conditions index (Wednesday) is likely to remain strong at around 56 and the trade deficit (Friday) is likely to worsen. Data on pending home sales and house prices will also be released and June quarter earnings results will continue to flow.

The Bank of England (Thursday) will consider another rate hike to take the policy rate from 0.5% to 0.75%.

The Bank of Japan meets Tuesday but while it may signal a fine tuning its unlikely to signal any exit from ultra-easy monetary policy. With the BoJ likely to revise down its inflation forecasts and inflation running a long way from target any changes it makes will be aimed at improving the sustainability of its ultra-easy monetary policy as opposed to ending it. This could take the form of greater flexibility on its bond yield target, possibly contingent on higher inflation. June jobs and industrial production data will also be released Tuesday.

Chinese July business conditions PMIs will be watched for signs of an impact from the trade skirmish. Expect manufacturing PMIs to fall slightly but services PMIs to be little changed consistent with a slight slowing in growth to 6.5%.

In Australia, expect a 2% bounce back in June building approvals after two very weak months and continued moderate growth in credit (both Tuesday), CoreLogic data (Wednesday) to show another small fall in capital city home prices for July led by Sydney, a slight increase in the trade surplus (Thursday) and a 0.1% rise in June retail sales (Friday). Manufacturing and services PMIs will also be released. Super Saturday by-election results could raise early election risks if they favour the Coalition, but an early election is unlikely unless overall polling moves to be in the Government’s favour.

Australian June half earnings reports will start to trickle through with Rio, Janus Henderson, and Genworth reporting on Wednesday and Resmed on Friday. We are expecting 2017-18 earnings growth to come in around 7%, with resources earnings rising around 20% (albeit down from 130% in 2016-17) thanks to solid commodity prices and rising volumes and the rest of the market seeing profit growth of around 4.5%. Strong results are expected for insurers, health care, gaming, building materials and utilities offsetting softness for telcos, banks and consumer stocks. Dividend growth is likely to remain solid.

While we continue to see share markets as being higher by year end as global growth remains solid helping drive good earnings growth and monetary policy remains easy, we are likely to see ongoing bouts of volatility and weakness between now and then as the US driven trade skirmish with China could get worse before it gets better and as worries remain around the Fed, President Trump in the run up to the US mid-term elections, China, emerging markets and property prices in Australia. Our year-end target for the Australian ASX200 index of 6300 is looking too conservative as the market has already reached it.