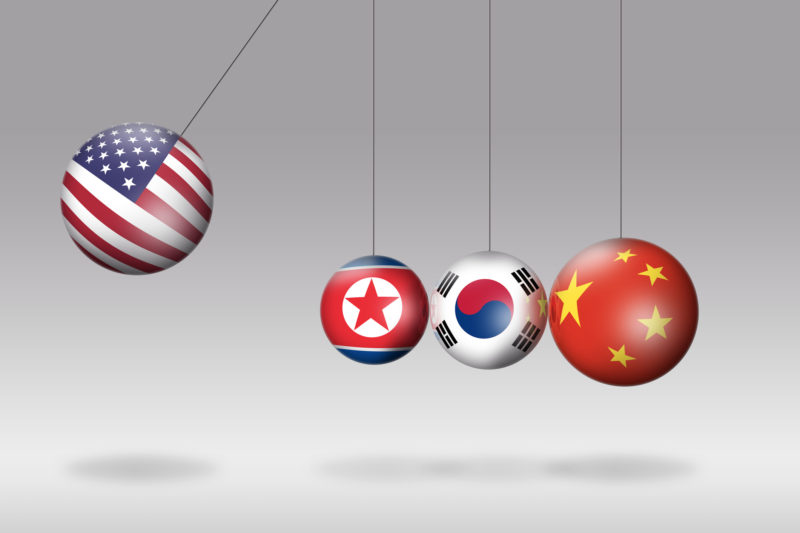 AMP Capital Chief Economist Shane Oliver has warned that the global trade war could escalate, triggering further short-term investment volatility, but will ultimately be resolved through a negotiated settlement.

Oliver says the trade war issue is going to be with us for some time to come. “There is a risk here,” he says. “There is continued talk of escalation and retaliation, more tariffs on China potentially, and talk of tariffs on auto imports particularly from Europe. So, these things could escalate, and this issue could go further; it’s gone a lot further than I would have thought.”

The US has already implemented tariffs on steel and aluminium imports and some tariffs on China with US President Donald Trump threatening more tariffs down the track, particularly in retaliation to any retaliation by other countries. The moves have triggered fears of a full-blown ‘trade war’ – primarily between the US and China – as countries move to retaliate and enforce their own tariffs on imports.

“The concern about global trade remains,” Oliver says. “We have seen some tariffs put in place, particularly in relation to steel and aluminium going into the US, and a bit of retaliation going on there. And likewise, some of the threatened tariffs have been put in place on Chinese imports going into the US which is of course where the key conflict is at present.”

But Oliver says that it is important to keep perspective on the trade wars threat. He says that the total amount of goods coming into the US subject to tariffs that have actually been implemented represents around just 3 per cent of total imports. “It’s a relatively modest impost at this stage,” he says.

Oliver says that from a historical perspective, the tariffs are also limited. “This is not the 1930s where all goods coming into the US were subject to a 20% tariff starting in 1930 – that was the so-called Smoot Hawley tariffs that helped make the Great Depression ‘great’. We’re not at that point yet.” The Smoot-Hawley legislation led to retaliation by other countries and triggered a collapse in world trade, significantly worsening the global economic downturn of the time.

Oliver says that ultimately tariffs on Chinese imports will begin to affect US consumers and voters, ramping up pressure for a settlement.

“As more and more tariffs are imposed, particularly on goods coming from China and potentially on car imports, that’s going to put up prices for American consumers, many of whom vote for Donald Trump. That’s not going to be good news going into the mid-term elections.”

Retaliation from other countries will also begin to trigger US job losses. “Don’t forget we’re seeing retaliation against Harley Davidson, potentially Boeing, and soybean producers and various agricultural production; in the US that’s going to result in job losses.”

“Ultimately, we believe there will be some form of negotiated solution,” Oliver says. But the issue could get worse before it gets better. That means more volatility in the short term in investment markets around the issue of a trade war threat.”