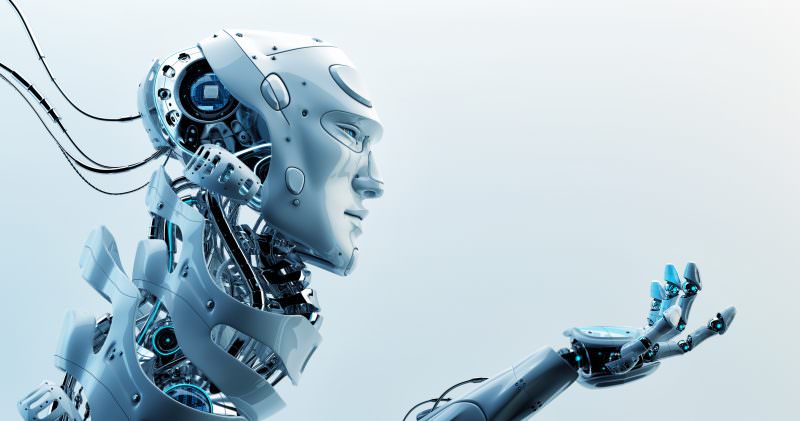 Why Wo/ Man and machine is the future of finance

Dr Bernard Meyerson, IBM’s chief innovation officer, was in the room in 2011 when his company’s powerful artificial intelligence (AI) computer, Watson, famously won Jeopardy, defeating the game show’s two most successful contestants. “There was an incredible euphoria,” Meyerson said in a presentation at AMP’s recent Amplify program. “Watching the system do that was mind blowing.”

Watson’s historic win was victory of “machine” over “man”, and showed the amazing ability for computers to think, learn and act. It was science fiction becoming reality.

AI is viewed as a threat, particularly to jobs, yet Meyerson, who is at the cutting edge of developments, has good news for people: the greatest benefit from AI will come when humans and machines work together in a new ‘cognitive’ era.

While the human investor and adviser won’t die, they must adapt and learn to work with machines to harness the power of AI and survive in this new era. “It isn’t going to stop,” Meyerson says. “The challenge is to know it’s coming and stay ahead of it.”

Meyerson says AI has actually been around for long time. He notes that Alan Turing – the Nazi Enigma code breaker and the ‘father’ of computer science and artificial intelligence – was doing computing in World War II.

But AI is now being driven by our need to understand, through analytics, a torrent of data and information unleashed by digitisation. Consumers send 500 million tweets and make 55 million Facebook posts a day alone.

Matthew Hopkins, Senior Portfolio Manager of AMP Capital’s Multi Asset Group, says AI is a “whole bunch of things coming together”, including an explosion in the amount and breadth of data, the technical capacity to store and transport it, and progress in analysing it through advances in machine learning and pattern recognition.

“The velocity of business today is almost unimaginable,” Meyerson says, adding that feedback on new products is now near-instantaneous. The success of a new sneaker launch in the past was judged in months. Now, a launch to a few thousand buyers triggers immediate comment. “The complexity of what we have developed simply outruns the human ability to deal with it.”

This stream of information – ‘big data’ – is useless unless it is transformed into knowledge. Meyerson agrees with the notion that data is the ‘new oil’. “If you don’t refine it, it has no value,” he says. “It’s just muck that hangs around. But if you refine it, it runs the world.”

Investors and advisers must survive and thrive in this digital disruption. AMP Capital’s Matthew Hopkins says that more ‘efficient’ markets will be one of the biggest impacts of AI on investors. AI will generate, access and analyse market information more quickly and this will be instantly reflected in prices. The ability to produce ‘Alpha’ – or excess returns above a market – will be harder to come by.

Computers may surpass humans in deep learning, large-scale maths and fact checking, but most importantly they’re better at discovery: finding the factors critical to success when there are multiple variances in a process.

Watson took 17 seconds to analyse 3500 text books and 400,000 pieces of data to diagnose a non-smoking, young, Asian woman with lung cancer. It found a very rare genetic mutation in her cancer and recommended a new drug for treatment.

Does that mean we don’t need doctors? We still do, Meyerson says, noting it was the doctors that performed the 100,000 or so trials to build the data for Watson to analyse.

The power lies in combining the two in Meyerson’s simple equation: a human + machine = a value far greater than the sum of its parts.

But while they’re not redundant, investors and advisers will need to adapt to what Meyerson calls the new ‘cognitive’ era, or Industry 4.0, which is characterised by:

Integrating Wo /Man and machine

Advisers particularly have been impacted by the growth of robo-advice where advice and investments are automated. But Meyerson’s man + machine vision aligns with predictions of the ‘bionic’ adviser and investor where humans work alongside machines.

IBM is already working to integrate man with machine. One leading Asian financial services group is analysing clients’ behavioural attributes based on history,investments and social media (if public), and giving that information to advisers. “Suddenly they become a much more trusted entity because they know enough to give advice in the context of the person,” Meyerson says.

AI is also being used by insurers to improve claims decisions, pricing, and in some instances to cut processing times by more than 90 per cent.

Hopkins says advisers absolutely have a role, but they need to adapt by providing solutions that are “more than just a set of numbers”. They will be focused on helping shape and frame client goals, and then provide solutions that are tailored to the client’s personal circumstances. AI and technology will be the enablers that help provide a better solution.

Hopkins notes that after chess grandmaster Garry Kasparov was defeated by the computer ‘Deep Blue’ in 1997, it didn’t signal the end of human players. Kasparov went on to show a chess player working with a computer was far superior to just a computer alone. Hopkins feels that investment and financial advice should be the same.

Meyerson has a simple message for investors and advisers grappling with AI. He says either ignore it or lead it. “Usually leading it is a way better example than getting run over by it.”

Important note: While every care has been taken in the preparation of this document, AMP Capital Investors Limited (ABN 59 001 777 591, AFSL 232497) and AMP Capital Funds Management Limited (ABN 15 159 557 721, AFSL 426455) make no representations or warranties as to the accuracy or completeness of any statement in it including, without limitation, any forecasts. Past performance is not a reliable indicator of future performance. This document has been prepared for the purpose of providing general information, without taking account of any particular investor’s objectives, financial situation or needs. An investor should, before making any investment decisions, consider the appropriateness of the information in this document, and seek professional advice, having regard to the investor’s objectives, financial situation and needs. This document is solely for the use of the party to whom it is provided.