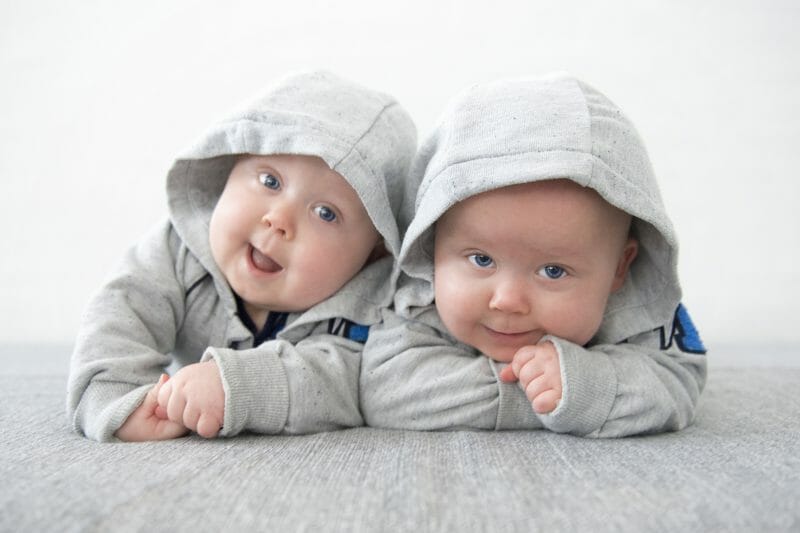 What is the cost of raising a child?

We take a look at the costs that come with raising kids through the different stages of their life.

Laughter, joy and fun are some of the words associated with having kids, but there’s another word that often gets overlooked – expensive.

Whether you’re just starting to think about having a family, have a baby on the way, or are already in the trenches with one – or more – little (or not-so-little) ones, you might be wondering what is the cost of raising a child in Australia?

Here’s a summary of some of the costs involved in the journey that is raising kids.

There are some ongoing costs involved in raising a child from birth to 18 (or beyond, but more on that later), such as food, clothing and shoes – that often get grown out of before they wear out – and of course the increased costs associated with putting a roof over multiple heads, such as housing, electricity, water and… WiFi. Add in birthdays, Christmas, the Easter Bunny and the Tooth Fairy and it’s already turning into an expensive exercise!

And the more kids you have, the more these costs multiply. While there can be some economies of scale to be gained if you have more kids (such as hand-me-down clothes) these are typically few and far between, and generally, more kids just equals more money, not to mention the prospect of needing a bigger house and car and washing machine and fridge and freezer…

Of course, as they grow from babies to adults the cost of kids varies. Here are some of the key expenses associated with each stage:

Cost of infants and toddlers

Under the Medicare system, having a baby in a public hospital is relatively inexpensive, costing between $0-$1,5001.

By comparison, having a baby privately can cost from $2,500-$20,000 – even if you have private health insurance – as it typically doesn’t cover pre-natal and out-of-hospital costs such as obstetrician appointments2.

After any government childcare benefit is deducted, the median amount spent on childcare per week per child is $162 for couple families and $114 for single parents3.

For more information on the government assistance available to help with the cost of childcare, including the changes due to be introduced in July this year, visit the Department of Human Services website.

Excluding the cost of childcare, the AMP.NATSEM report put the average cost of a child between 0-4 at $144 per week4. Find out more about some of the other costs involved with younger kids and how to plan for them in our articles 7 ways to prepare financially for a baby, 5 things to consider upsizing when you’re expecting a baby and Going back to work after having a baby.

The cost of education will vary greatly depending on whether you opt for the public or private system, but either way, it’s not free. The costs also vary by state and whether you live in a metropolitan or regional area.

To help ease the cost pressures associated with schooling, you may be eligible for some government subsidies. Check out our article Are you eligible for school subsidies? for more information on this.

With any luck, your little Harry or Harriet might be a gifted tennis player or musician, or just a child that wants to try everything, but beware – with any activity done outside of school comes another set of fees, equipment or uniform costs, and transport costs. And the more gifted – or enthusiastic – they are, the more expensive it can be!

If you thought (or hoped) spending on kids would end once they graduated high school, think again! If they go on to university, government assistance, which allows them to defer the cost of uni fees until they are earning a reasonable wage in the workforce, may be available but there are plenty of other costs they could need your help with.

Think books, technology and travel, plus all the other costs associated with keeping them if they’re still living at home, or paying for university accommodation or rent if they’ve had to move away. If you’re lucky they might have a part-time job to cover some of these expenses, which you can learn more about in our article Uni fees and you.

Even if they planned to head straight into the workforce after school or after graduation from uni, there’s no guarantees of finding a suitable job, with youth unemployment hovering around 12% in Australia7.

And there’s a good chance they’re still living at home – the 2016 Census revealed 74% of 18 year olds live at home, while 43% of 20-24 year olds still live there8. If so, whether they’re working full-time, part-time or not at all, you’re probably still covering at least some of their costs, which explains why the average cost of a child between 18-24 is estimated at $717 per week9.

Find out more about some of the statistics behind the rise of stay at home kids in our article Should you make your kids pay rent?

Aside from ensuring you’re getting all the government assistance available, the best way to deal with the cost of kids is to plan ahead and save – whatever stage in the journey you’re up to.

We can help you with information on how to save, or details about our savings accounts or term deposits. Another option for is an investment bond, which is a tax-effective way to save for something big – such as your child’s future.

You might also want to speak to your financial adviser. They can also help you consider your goals – both for your kids and yourself – and help with formulating a strategy on how best to achieve them. If you don’t have an adviser use our online tool or call us on 131 267 to find one in your local area.