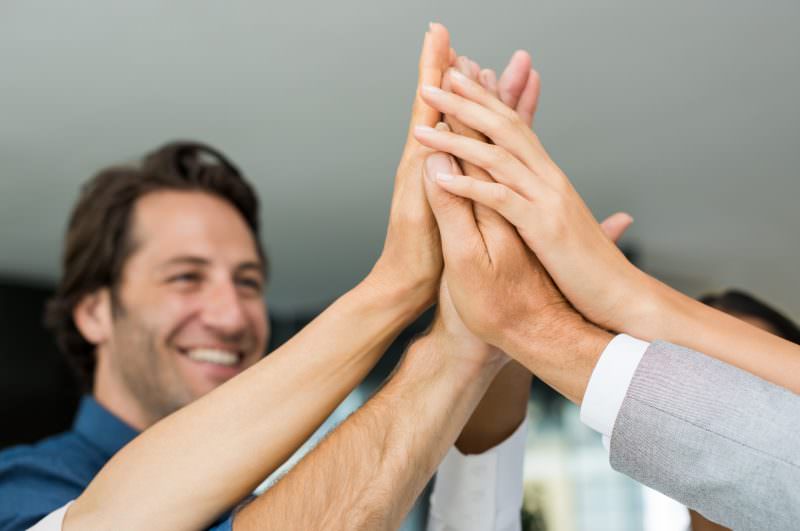 Millions but not all to benefit from 2017 super changes

With changes to super now in effect, numerous Australians will get a leg up, many being low-income earners.

According to the Association of Superannuation Funds of Australia (ASFA), more than four million Australians will benefit from the super changes that came into effect on 1 July 2017.i

The industry body said while many would be impacted by new rules and restrictions, millions would benefit from the Low Income Superannuation Tax Offset, the ability to claim tax deductions on personal super contributions and obtain rebates on contributions made to their spouse.i

Under the initiative, individuals with an income below $37,000 will receive a refund of the tax paid on their before-tax super contributions (up to a maximum of $500) into their super account.

The scheme replaces the Low Income Super Contribution, which ceased on 30 June 2017.

ASFA highlighted that previously most salary and wage earners could only claim a tax deduction under salary sacrifice arrangements, which not all employers offer.i

Under the new rules however, ASFA said 850,000 additional people would be able to claim a tax deduction for personal contributions made to their super.

The incentive is generally available to anyone between the ages of 18 and 75 that is making a personal contribution, with work test requirements necessary for those over age 65.i

ASFA said increased access to the spouse contributions tax offset would also see an additional 10,000 Australians who contribute money to their spouse’s super (whether they be husband, wife, de facto or same-sex partner), eligible for a maximum tax rebate of $540 if certain requirements were met.i

Under old rules, the receiving spouse’s income needed to be $13,800 or less for the contributing partner to qualify for a full or partial tax offset, whereas the income threshold is now $40,000.

Not good news for everyone

While the news for over four million Australians was positive, Fahy said around 800,000 individuals, in a given year, would be impacted by other super changes.i

Meanwhile, the reduction in the before-tax super contributions cap from $30,000 per year (or $35,000 for those over age 50) would impact more than 250,000 people who make contributions in excess of the new cap of $25,000 a year (which applies to everyone, irrespective of age).i

A similar number of people would be affected by additional tax on before-tax super contributions.i

Previously, this tax only applied to those earning $300,000 and above.

ASFA estimated around 110,000 people, many in self-managed super funds (SMSFs), would also be affected by the new $1.6 million transfer cap.i

Effective 1 July 2017, those converting super into a pension are restricted to a limit of $1.6 million in terms of what they can transfer into tax-free pension accounts, not including subsequent earnings.

Any excess needs to be placed back into the super accumulation phase (where earnings are taxed at the concessional rate of 15%), or taken out of super completely. Penalties for exceeding the cap apply.

Around 170,000 people in Australian Prudential Regulation Authority-regulated funds accessing a transition to retirement (TTR) pension and a further 100,000 people with such an arrangement in an SMSF would also be affected, ASFA said.i

Speak to us to ensure you understand how the new rules impact you and what the potential benefits may be. 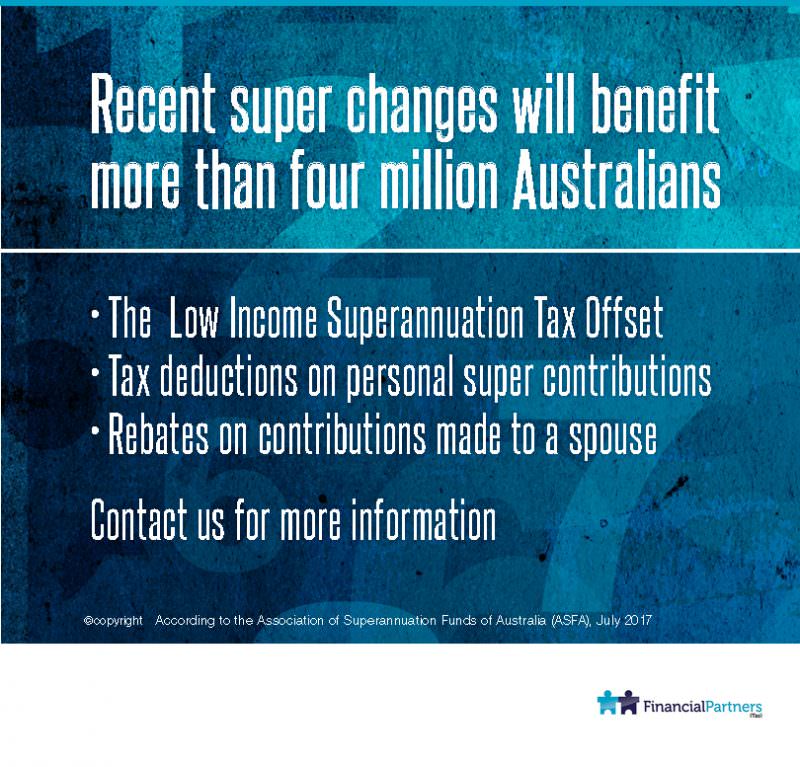