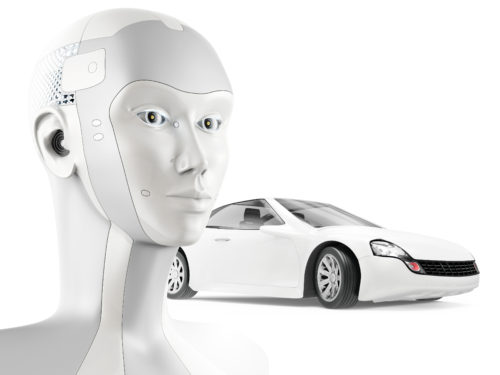 Is that a driverless car in the next lane?

As technology forges ahead, we’re all but chasing after it.

Life as we knew it in the 80s and 90s is now ancient history. Today, digital devices in Australia have made the way we communicate, socialise, work and behave just about unrecognisable.

The fact is Aussies are so screen-obsessed that we’re walking and texting, talking and browsing, eating and researching, reading and driving—all at the same time.

Yes, not only are we glued to our devices more than 440 million times a day, 42% of us confess to doing so while drivingi. So with the small screen overtaking the windscreen, we may be sharing the road with driverless cars already.

In the late 1980s super-early adopters had to pay more than $4,000ii for the convenience of a portable phone. Even though it weighed a tonne, at the time it represented a turning point in communications technology.

These days around 80% of Australians carry a smartphonei and these affordable mini computers are keeping us connected around the clock.

Australians look at their smartphones more than 440 million times a day collectively—an average of 30 times a day or 56 times for younger adultsi. And according to a 2015 survey most of us are doing it everywhere—on public transport 88% of people are connecting, at work it’s 92% and 88% of us even go online when talking with friendsi.

And with a rising 340,000 terabytes of data being downloaded every month in Australia, and one third of the population checking their devices within five minutes of waking up in the morningi, it may be safe to say we’re becoming screen obsessed.

It’s not just the younger generation…

It’s true that older people have generally been slower to adopt online devices compared to younger age groups but that’s changing. 95% of all users, young and old, are using their smartphones to take photos, including selfiesi. And more than 25% of people over age 55 are using smartphones to connect via social media. That’s an increase of 45% since 2014.

There seems to be no end in sight. Technology is changing at exciting and sometimes overwhelming rates.

We’ve seen a rapid evolution in the development and sophistication of like televisions, watches, fitness monitors and touchscreen kitchen splashbacks. And for some of us, the fact that the car no longer needs a key has been a revelation. But with car manufacturers now moving on from keyless ignition to driverless vehicles, it’s likely we’ll have even more time to fixate on our screens.

Important information © AMP Life Limited. This provides general information and hasn’t taken your circumstances into account. It’s important to consider your particular circumstances before deciding what’s right for you. Although the information is from sources considered reliable, AMP does not guarantee that it is accurate or complete. You should not rely upon it and should seek qualified advice before making any investment decision. Except where liability under any statute cannot be excluded, AMP does not accept any liability (whether under contract, tort or otherwise) for any resulting loss or damage of the reader or any other person